Heath Hadley is the newest addition to the VisualRush team, specializing in web, print, and graphic design.

From a young age, Heath has had a perpetual enjoyment of expressing his creativity through artwork. What started as an interest in drawing and clay molding, evolved into a love for video game and movie graphics. This enthusiasm led him to get a Visual Communications Degree at ITT Technical Institute in Evansville, IN.

Though he didn’t pursue animation as he originally planned, he did start his own agency with some friends in the design field. However, being a business owner proved to leave very little time for him to be as creative as he wanted to be, so he decided to take his efforts in a different direction. He ended up working as a graphic designer at Berry Global for 5 years where his skilled developed even further.

Heath is a big movie guy, plus an avid gamer who enjoys streaming games like Mass Effect and Dungeons & Dragons on Twitch. Other hobbies include exercising (as a necessary evil), keeping up with his fantasy football league, and volunteering for his church.

Get Started with VisualRush today! 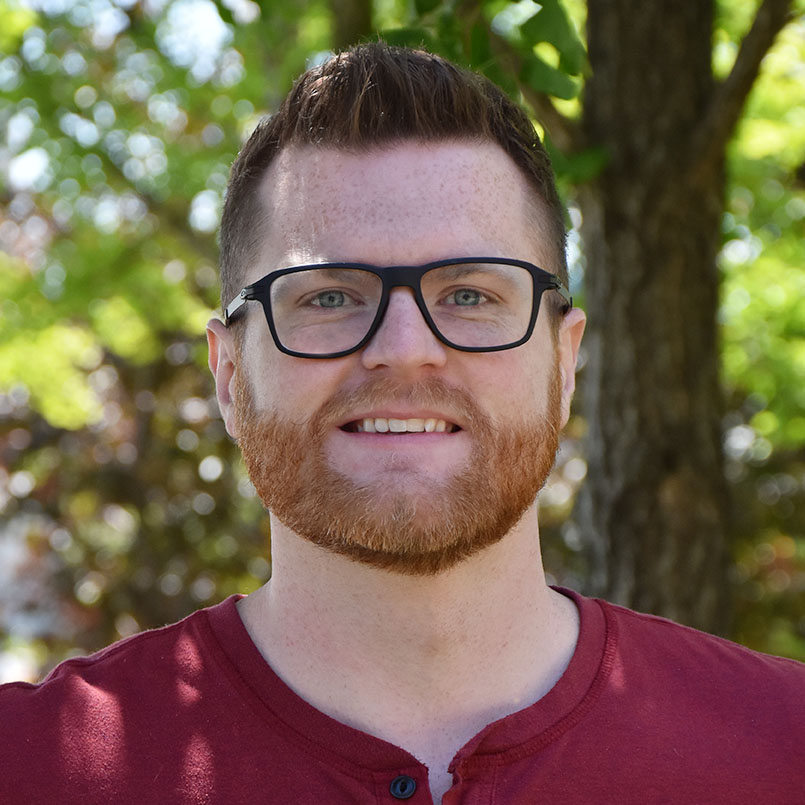